The Facebook acquisition deal of WhatsApp came in at a whopping $19 billion last October. While the world’s largest social network certainly might consider those dollars chump change, the world was astounded to learn that the messaging service start-up only generated 10.2 million in revenue the previous year.

However, on the plus side of the ledger, WhatsApp is currently the biggest instant messaging service in the world, with 700 million users as of January this year.

And now that Facebook is tinkering around with the app’s long awaited phone call functionality, things are starting to look a bit more promising, particularly for VoIP users of Telzio. It’s been reported that the new interface now comes with a ‘call button’ that makes it possible to call WhatsApp contacts over VoIP.

For those who already have the app, when this functionality becomes available, it will be necessary to install the latest Whatsapp version from their website. Presently only the Android OS of 2.1 or above are equipped to download the app. However the WhatsApp Messenger service comes free for a full year and then $0.99 USD/year, thereafter.

It’s been rumored for months that WhatsApp has such an offering in development. Reports of the VoIP feature on WhatsApp initially came from one particular user on Reddit named Pradnesh Patil who goes by the handle pradnesh07.

He posted screenshots of WhatsApp with a call in progress and even uploaded a video of it on YouTube.

Other messaging apps, including Skype and Viber, already offer free voice and video calls to users, and it’s believed Whatsapp’s update is designed to rival such services.

In December, Dutch site AndroidWorld uncovered clues about the VoIP feature on WhatsApp while studying the app’s test code. It then extracted layout files from the raw code to create mock-up screenshots (pictured here). 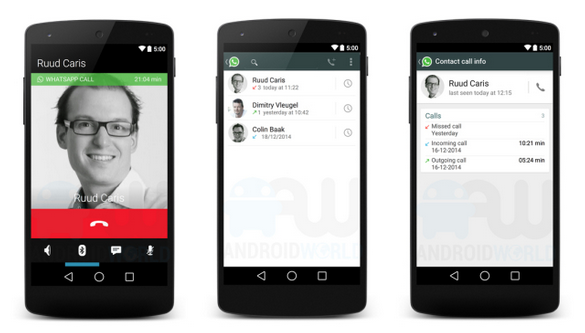 Facebook seemingly has begun a slow rollout of its anticipated voice-calling feature to its users in India. While not officially announced by WhatsApp, these reports state it appears to be operating on an invite-only basis.

Other encouraging news is that Facebook is investing a huge amount of its revenue in revamping WhatsApp’s relationship with various service providers and in establishing a better connectivity over the Internet.

But then again, WhatsApp had previously announced the possibility of offering voice calls at Mobile World Congress 2014, when co-founder and chief executive Jan Koum initially positing a Q2 2014 launch for the new feature.

Time will tell on this one, but we will keep VoIP users up to date as the Telzio development 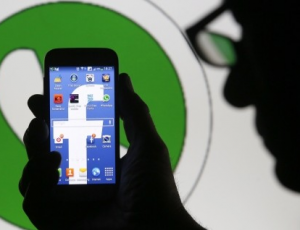 team follows the progress of this new technology. As they have been successful with other interfaces, Telzio will continue to stay at the forefront of innovation, which can add value for their customers. In the weeks and months ahead, they will be looking closely to see if integration between WhatsApp users and Telzio users could become a collaborative partnership to benefit all parties.

So return often for updates on this and other developments that will help improve your VoIP experience.