While the country is knee-deep into the political season and its run-up to the General Elections this November, small-to-midsize businesses [SMBs] have mixed feelings about how the candidates view their needs. Polls and surveys show who they favor, while others point to a general discontent– a disconnect of sorts, between what they want versus what they might get.

Sage, a market leader for integrated accounting, payroll and payment systems announced their findings after surveying 400 small and medium businesses in their 2016 U.S. Election Survey conducted this past January. The ‘top line’ takeaway from an overwhelming number said they were discouraged [63 percent] while 61 percent indicating they were both discouraged and disgusted with what is happening in Washington, D.C.

All party affiliations were represented, with 36 percent identifying as Republicans, 14 percent as Democrats and 20 percent as Independents. Fifteen percent did not identify with any party and 6 percent had mixed affiliations with the Tea Party, Socialists and Libertarians. Fifty-five percent of respondents were male and 45 percent were female. Most (64 percent) had at least a four-year college degree.

More than 95 percent of employers were chief operators of small businesses with fewer than 50 workers. In the sample, startups created the majority of jobs during this most recent economic recovery.

“As a small and medium business champion, we wanted to take the pulse of U.S. small businesses — especially during this major election year — to better understand the issues they want addressed by Washington,” said Connie Certusi, executive vice president and managing director, Sage U.S.

“Small businesses deserve a bigger voice, so Sage wants to make sure their opinions are heard. And this survey makes clear that small business owners, regardless of political affiliation, are dissatisfied with government leadership,” she added.

When it comes to policy making, respondents wanted our government leaders to address tax reform, the deficit and social security.

SMBs perceive this year’s crop of candidates are fixed on issues that don’t pertain to their needs such as gun control, income inequality, global warming and raising the minimum wage.

When the respondents were asked to rank Special Interest Groups [SIGs] in order of importance to them, they felt small business, the military and the middle class should be tops on the priority list — and that unions, the wealthy and government employees as the least important special interest groups.

In February, another poll was conducted by National Small Business Association, which is the nation’s first small-business advocacy organization celebrating more than 75 years of representation in Washington, D.C.

Results fell in line with the Sage results, as 40 percent felt that conventional politicians didn’t understand them and don’t follow through on the promises they make.

They study of 884 small business owners also indicated that most of them were with following the elections ‘closely’ [53 percent].

A poll of 5,526 small business owners by Manta.com noted that among Republicans, Donald Trump got 62 percent of their backing with Ted Cruz garnering 17 percent. Among Democrats, Hillary Clinton got 56 percent compared to Sen. Bernie Sanders at 43 percent. Looking to the fall’s general election match up, Trump wins the vote of 38 percent of small business owners to Clinton’s 21 percent.

“They are frustrated and feel that the mainstream of both parties is more interested in power politics and self promotion than in listening to the concerns of American business,” said Chris Bushong, a tax partner at Paretis, a company providing tax service for small- and medium-sized business owners and investors.

“One client recently told me that while he can’t stand Donald Trump as a person, he believes he’s the only candidate who has any concept of what it takes to run a business in the face of punitive taxes and choking regulation,” Bushong explained in the Manta survey.

Here are some major policies Trump and Clinton offer small business owners that resonated with them. Most would impact SMBs either positively or negatively, so of course all are of interest to the small business community:

And while a president’s last year in office is one’s that often termed their lame duck session— where little to nothing gets done due to partisan gridlock — President Obama appears to be still working for SMBs. 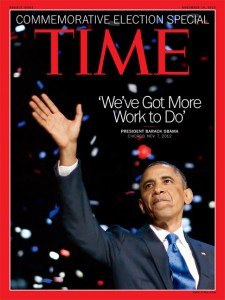 He’s proposed in his 2017 budget new rules that would make it easier for small businesses to join together to for 401(k) retirement plans of their worker, even if the businesses are in different industries.

Officials said that if the proposal is accepted by the Republican-led Congress, it could make retirement plans available to more workers by reducing administrative costs and compliance issues, which are often too great for a small business to bear.

So readers, what are your thoughts regarding how the candidates of this political season might address your SMB needs? Leave your comments below with your feedback — we’d love to hear what tops your priority list, and which candidates you think are paying the most attention?