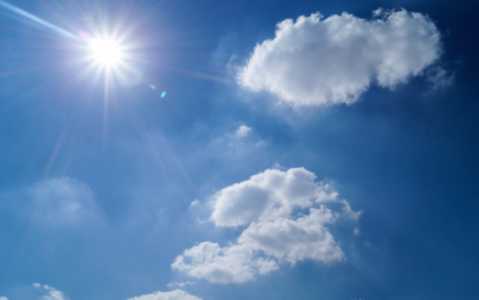 Cloud telecommunications has been slow to gain real traction due to costs and the perceived headaches attached to transitioning from one’s legacy IT hardware. But, as we move into the New Year, things might be changing as more and more firms learn of the advantages.

According to Erick Winfield at cloudwedge.com, he sees the “Cloud” as “a technology once considered fringe (but) has now become the norm in terms of delivering IT services to end users.”

According to Andrew Spender of Gartner, “the convergence of cloud and mobile computing will continue to promote the growth of centrally coordinated applications that can be delivered to any device.”

Cloud telecommunications adoption will ultimately create a business environment where support can be given from anywhere at any time. And nowhere is this more self-evident than in the VoIP telecom industry.

According to Telzio’s chief executive officer, Peter Rank Schrøder, “our VoIP firm has server clusters in multiple data centers all over the world, and since they are all located within the same cloud service provider (except for our failover systems), they do also have much faster and stable connectivity. This, combined with a rock solid homegrown software architecture, is the main reason why Telzio can provide superior call quality.”

When we think of legacy systems, we conjure up the days of yore when the very first IBM computers were so massive they needed their own designated office space. While the size of today’s computers and communication devices have gotten smaller, the servers required to store a company’s data can be sizable, particularly in today’s business milieu where we now need to store huge amounts of gigs versus the kilobytes of yesteryear.

So moving from legacy hardware to the cloud depends on your existing configuration and storage needs. If a firm’s data accumulation is growing exponentially, choosing the cloud is really a no-brainer. Why? Because the cloud provides an extensible environment, which can grow as the firm’s data grows. If your data center is running out of space, the cloud is not only a viable solution. – it’s the wisest choice.

Additionally, when your hardware is simply no longer doing the job or when your software is no longer supported, there may be little choice but to find the system a new home.

When it comes to VoIP

Today, there are several cloud VoIP providers, where the market has come of age. Schrøder believes there’s a major difference between VoIP companies that are cloud based and those, which are not.

“Mainly, because the technology progresses so fast, that the hardware system these providers bought 5 years ago, are far behind the capabilities of what we can do with 100% software based systems today. Their big problem is, that they are locked in to 10 year license agreements with the hardware system vendors, so they can’t just migrate to an all cloud based solution from one day to another,” notes Schrøder

“Telzio is a lot more nimble when it comes to that, and that’s what gives us a huge advance, and allows us to provide superior quality with a price lower than our competitors,” he adds.

Network Functions Virtualization (NFV) and Software Defined Networking (SDN) schemes can be customized specifically for businesses wanting to achieve the most efficient routes to move their VoIP data from point to point.

With these efficiencies in place, it’s understandable that less VoIP packets will get dropped in transit since they travel shorter distances. This translates into less disruption and more robust services from firms such as Telzio.

“Now that the industry has finally reached a point where a large set of applications that were previously tied to proprietary hardware can now be run on generic commercial off-the-shelf (COTS) computing hardware, service providers have new business opportunities,” says Pierre Jean Chalon, VP and GM of Asia Pacific, Sonus Networks.

“With this transition, service providers can now bring their ‘virtual’ Cloud infrastructure to the enterprise premise,” adds Chalon.

As is becoming self-evident, the future of the cloud is bright. In 2016, expect to see more changes and developments in VoIP services using cloud technology. The work SMBs owners can accomplish with the cloud seems almost unlimited – with new cloud-based tools and applications being developed regularly.

Cloud based phone systems like that provided by Telzio will continue to create networking and infrastructure solutions, which will provide a more robust VoIP experience for businesses large and small. End users will be rewarded with a better overall telephony experience that will allow businesses a greater presence, availability and efficient call routing.