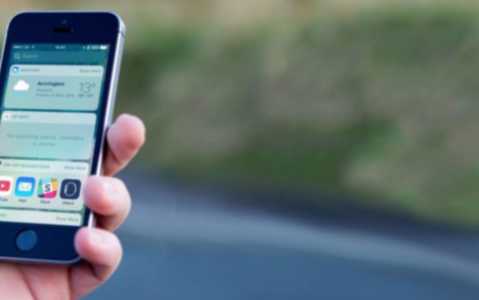 With the launch of iOS 10, iPhone users literally received a handful of healthy upgrades.

For VoIP users, this new iteration’s CallKit platform now integrates seamlessly with Telzio’s mobile app, where users can benefit from an enhanced user experience receiving calls on the same terms as the native dialer in your cell phone. But that’s just one advantage — in total, there are dozens of features, tips, tricks and hidden software tweaks that will benefit users for business and pleasure.

With the new iPhone 7, the 16GB model has been eliminated. However if you are still using an older iteration of the phone, or even when using a higher-capacity device, you need never run out of storage. With iOS 10, it’s easy to find extra room available with the new storage optimization feature that is baked in. A setting that will automatically delete some of your playlist if you haven’t played certain tunes in a while will do this for you.

One of the new iOS 10 features automates Siri to announce the name of a caller or the number of an incoming call. Perhaps not an earth-shattering add-on — since many legacy phones allow for this feature — but an enhancement nonetheless. For mobile phones users especially, this is helpful when one is in transit or on-the-go, away from the office [also see the CarPlay option below.]

For those who use their car as your second office, CarPlay makes it possible to safely and easily use your iPhone. This feature allows you to place calls, send and receive messages, get directions and more, so you can focus on your driving. It puts the functions you want to use on the built-in display of your vehicle so you can control them with your voice, touch or the knobs and controls of the car. Currently CarPlay is available on more than 100 automobile models, with more on the way.

Several buttons now have “3D Touch” which will respond to the force [of your touch] used by users on their iPhone 6S or newer devices. A hard press on the timer icon pops up shortcuts to timer lengths, while the torch icon lets you choose brightness [see below] and the camera icon lets you jump to video or selfie mode.

If you were not pleased with iPhone’s previous flashlight brightness, iOS 10 comes with an adjustment enhancement. In the Control Center, all you have to do is apply the 3D Touch feature to the Flashlight icon where you’re given options to increase the brightness intensity from three different settings.

While iOS 9 allowed you to search for a specific word or phrase, the process wasn’t all that intuitive. And while not the level of IBM’s computer wizard Watson, with iOS 10, you can now search for a word simply by tapping the Share button at the bottom of any page and then select the “Find on Page” option to locate the word or phrase you are seeking.

Along the same lines as ‘intuitive search,’ Apple has added additional AI enhancements. With iOS 10, the contextual predictions from within the Messages app have progressed significantly. Part and parcel of the new operating system are additional photo albums called “People” and “Places.” And accompanying them comes some additional brainpower! Apple now uses the artificial intelligence to reorganize the location of the photo and literally puts them on a map inside the album. The AI also recognizes faces, and then organizes them into mini albums inside the People album.

With the new Apple Maps that comes with iOS 10, you can virtually leave breadcrumbs to find your way home. When traveling — your map feature will automatically drop a pin no matter where you are — so you can easily find your way back. This is particularly helpful when you’re lost or find yourself unfamiliar territory, whether it be adjacent to your neighborhood or hundreds of miles away.

Inline Viewer in the Web Browser

Previously with the Safari web browser, the iOS would only open videos embedded into web pages in full-screen mode. Now with iOS 10, you can watch them in their proper context on the page being viewed, just as you can on your desktop.

All you have to do is simply tap to start the video, then tap the resize icon in the bottom-right of the frame (or pinch your fingers together to zoom out). On the iPad Pro, iPad Air 2 or iPad Mini 4, you can also now view two websites side by side: to enable this feature, hold down the new tab button at the top right of the window and you’ll see the option to “open split view”.

On the iPhone 6S or newer devices, the new operating system will now automatically wake up the screen to show your notifications as soon as you pick up the phone [prior to you logging in with a pass-code.] Additionally, notifications have become interactive, where a hard press allows you to reply to an incoming message without having to unlock the phone and open the app.

If you’re concerned that this feature could lead to abuse, you can disable it by going to Settings > Touch ID & Pass-code and turning off “Reply with Message”. You can also dismiss all notifications with a hard press on the close icon — and with devices without 3D touch, swipe left on the notification for options.

With 3D touch, you don’t have to open the calendar app to see what’s next on your agenda. A hard press on its icon will display your next appointment. Inside the app, you might notice some events that you don’t recall adding. This is because iOS 10 now automatically schedules events detailed in incoming emails or messages. If this results in a deluge of irrelevant events clogging up your calendar, you can turn it off at Settings > Calendar > Events Found in Apps.

It’s just become easier to get rid of useless apps you may have only used a handful of times. The iOS 10 lets you remove them with a touch allowing you to keep your home screen much tidier. You can also save a few gigabytes with the iPhone’s “optimize storage” feature, which as noted above can now scan your music library and clear out locally stored tracks that you haven’t listened to for a while.

Now with iOS 10, you can start a task on your iPhone or iPad and finish it on your MAC. You can also stream video from those devices to your television through Apple TV. Everything gets synced automatically, so any time you add a new document, graphic, photo or video, you can view those transfers on all your devices.

For small-to-medium size business folks on-the-go, who are away from their desktops, AirDrop is a very helpful feature you can use from your iPhones. With the new operating system, AirDrop will now allow you to send large files wirelessly no matter where you are, so you don’t have to have to return to the office to accomplish that task.

In business, many of us work with clients globally. Even the smallest of businesses now interact and engage with people in many countries around the world. With iOS 10 and its multilingual typing feature, the platform now allows you type in two languages at the same time without having to switch keyboards.

Although Apple has a long history of protecting its intellectual property, the company has been coming around to acceptance, after witnessing the great benefits of what APIs have accomplished for other companies [for more on this topic, see my previous post, titled: “Apple’s CallKit for Telzio VoIP Users.”]

An Apple A Day

As we’ve all learned over the years, the one certainty we can be sure of with today’s technology is that it’s always in flux. And its just that flux that continues to make Apple’s products and devices some of the best in the world.

With iOS 10, Apple promotes it as such: “Everything you love is now even better with iOS 10, our biggest release yet. Express yourself in bold new ways in Messages. Find your route with beautifully redesigned Maps. Relive memories like never before in Photos. And use the power of Siri in more apps than ever.”

For additional features not mentioned in today’s blog, you can find several more tips as to how best to use iOS 10 to fit your needs and preferences for business or pleasure here.

Auto Provisioning: What is it and how does it work?