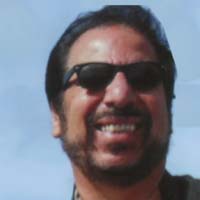 Since entering our zeitgeist some 40-odd years ago, VoIP’s interface with the Internet disrupted what went before.

Gone are the copper wires, telephone poles and all that hard-wiring that went into landlines. At the dawn of the 21st Century, we transitioned from a sedentary to mobile lifestyle. Instead of connecting with devices attached to stationary locations, our devices became attached to us. We wouldn’t think of venturing outdoors without our web-connected devices, many of which are running VoIP.

Since 1994, voice tech has been advancing steadily. It quickened in the early 2000’s with the advent of Skype for individual communication, and the transition for many companies to business VoIP providers like Vonage, RingCentral, and Telzio.

Later with iPhones and Androids, voice calling gained ground with communication applications, such as Slack, Amazon Echo, Viber, Kik, WeChat and myriad of others.

According to Telecom Reseller, the VoIP service sector next year is expected to reach a forecasted $82.7 billion, with a 6.46% CAGR (Compound Annual Growth Rate). This is up from annual revenues of $36 billion in 2016.

VoIP is slated to be the best performing industry of this decade, succeeding biotechnology and eCommerce.

In contrast, wired telecommunications that gave birth to our landlines is expected to be the worst performing industry sector.

Business collaboration and customer service platforms are also quickly adapting to VoIP and exchanging information between applications. Integrations between CRMs, help desk solutions, and team chat rooms enable VoIP data to flow seamlessly throughout channels and unify communications across the board.

With VoIP – chat room integrations, Users can easily access and share calls, texts, and voicemails with teams in a single place.

Expect to see more integrations from Telzio in 2017.

Smartphones are getting faster and faster. And the reason for speeding them up is to allow them to upload and run applications like virtual reality (VR) and augmented reality (AR.)

VR is presently limited to a few handsets like Samsung’s Galaxy S7, but it’ll come to more high-end and mid-range phones next year. To accomplish this, VR smartphone developers have been perfecting high-resolution displays to deliver a robust visual experience.

Augmented reality for smartphones can recognize objects, map out rooms, and present textual overlays to what the users view in their sight-lines. Differing from VR, however, the hardware ecosystem for augmented reality is fledgling. Your smartphones, tablets, or even your laptops can be used to enable augmented reality, but dedicated AR phones will not hit the market full-throttle, most likely until late 2017.

Deep-learning techniques in smartphones could also contribute to making smartphones more savvy. For example, a device could learn how hardware is being used by a specific application, prompting it to better modulate power usage to improve battery life. Smartphones can already recognize images and speech recognition via online services, but deep-learning enhancements could bring those capabilities offline as well in 2017.

Extra storage on a smartphone is always welcomed, be it to store docs, apps, videos, photos, or games. Currently, internal storage tops out at 256GB and SD (Secure Digital) storage at 512GB, but SanDisk this year showed a prototype 1TB SD card. The company didn’t provide a ship date for the product, but higher-capacity SD cards are on the horizon.

While 3G and 4G wireless networks ushered in a slew of apps, accompanied by games, photos and videos to our smartphones, 5G (aka fifth generation) promises to do a lot more. Starting with data speeds, we’re going to be looking at 50 to 100 times faster than what went before.

And if speed wasn’t the only enhancement you were looking for, 5G is also all about the Internet of Things (IoT.) Tech companies including chipmakers, network equipment makers and telecom service providers are investing heavily in the technology, with the first products to roll out in 2017.

With 5G, there are going to be many more device categories.

IoT encompasses such burgeoning territory as self-driving cars, advanced robotics, telemedicine, automated factories, smart cities and the development of massive sensor networks in such fields as agriculture. Farmers will, for example, know exactly when to harvest for best yields based on air temperature and soil moisture. And your smartphones will become control-center for many of these devices.

5G will become the primary conduit for creating more Internet-connected devices in 2017, and the major players are even coming from outside tech arena. Amazon is already a leader in the consumer IoT space. Its Echo speaker is paired with its robust virtual assistant, Alexa, to address a good number of everyday from ordering pizza to ordering a Uber.

Telzio’s integration with the Amazon Echo enables users to communicate directly with Alexa any place in the world, without the need for the physical device to be present.

Google has built out several iterations of IoT platforms as well. Their Android Things provides developers with the opportunity to build on Android APIs and connect with the company’s new ‘Google’ Assistant.

If you haven’t joined the VoIP generation before now, 2017 should be your year to settle in and feel comfortable with it. The VoIP outlook for the new year promises more enhancements and mainstream growth.

Those following my blogs for the last two years know it’s no secret that Telzio’s VoIP service adds tremendous value to a business’ communications platform, from enhanced QoS and user experience to bottom line numbers. The past year has solidified VoIP’s benefits across markets and this coming year we can expect to see more exciting developments. With new advances, a user’s smartphone can multi-task in ways not even dreamed of, even a year ago.