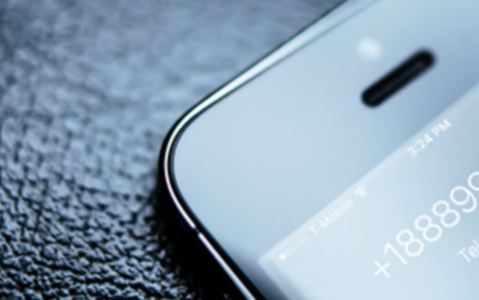 During the Steve Jobs era, Apple was considered a ‘walled garden.’ In many respects, it held third-party software and hardware developers at bay and off.

With iPhone devices, apps were islands unto themselves, having little or no means to communicate with one another or integrate with the fundamental features of iOS. Of recent date however, that mindset is changing, as evidenced by the introduction of iOS 10 and its notable new framework CallKit, first announced at WWDC 2016, back in June.

iPhone Users Get More Out of VoIP

For years, VoIP apps for audio and video calling have been relegated to a second-class experience. Apple created an API six years ago to offer VoIP apps with background execution privileges. But without a platform to integrate calls with the rest of the system, apps still needed to maintain their own contact lists and were relegated to using standard push notifications for incoming calls.

Over time, toggling back and forth between apps and VoIP incoming calls became tedious. For mobile users who were dependent on conducting business and personal calls on-the-go, there was a growing demand for streamlining the process. With iOS 10, Apple has listened to their consumers and have upgraded accordingly.

As a result, this long-awaited new iteration and CallKit Telzio’s mobile app for VoIP usage offers its users a far better user experience.

This technical enhancement allows Telzio’s mobile app users to receive calls on the same terms as the native dialer in your cell phone.

This means that when a call comes in, you will no longer just see a notification from the app, but the regular incoming call screen you’re used to viewing on your iPhone.

As one of the first apps built with the CallKit capability, Telzio VoIP users can benefit from the higher fidelity audio and video features of VoIP, as well as benefits like teleconferencing, call forwarding, Caller ID, IVR menus, call recording, security capabilities and a myriad number of other features that have attracted small-to-midsize businesses to VoIP service over the years.

CallKit also introduces app extensions that enable call blocking and caller identification. You can create an app extension that can associate a phone number with a name or tell the system when a number should be blocked. It can also coexist seamlessly with other active calls, and allows your calls to interact with CarPlay and Bluetooth accessories.

With CallKit, Uber & Lyft users can now also hail a ride with a “Hey, Siri” command, followed by “Book me an Uber” or “Book me a Lyft.” Apple has allowed these ride-hailing services to be integrated into Apple Maps under a new Ride tab, where users can choose from a list of available drivers in the area.

With the CallKit enhancement, this demonstrates that Apple has finally woken to the fact that their users don’t all use FaceTime. But by Apple introducing third-party services like CallKit, this isn’t an admission of defeat either. Rather, it’s recognition that millions of people use iPhones to communicate with their friends and families through apps by other means – that the App Store has invented communications beyond FaceTime and iMessage — and that VoIP users of Telzio can now reap the benefit.

. . . when you’re on an existing Telzio VoIP call using the mobile app and another call comes in to your cell phone number, that call will no longer automatically be placed on hold – you will now have the option to 1) decline the incoming call, or 2) place the current call on hold and answer the new call.

If you’ve updated your iPhone to iOS 10, CallKit is available at the App Store. If not, you might want to think about doing that in short order.

Create a Voicemail PIN for Users