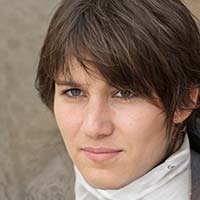 Grace is a content marketing specialist with a focus on SaaS, technology, and digital marketing. Grace is a digital nomad and savvy user of modern communication technologies to travel and work from all over the globe.

Is Business Voicemail Dead in 2019?

What was once a vital component of any business has been replaced by text, email, and Slack. It’s 2019 and in the age of the smartphone and communications galore, it’s no surprise that professionals now view voicemails as a dead end. But, there’s still a case to be made for voicemail. It still holds weight as part of a sales strategy. The ability to leave a message can build trust with consumers. And, it can bring context into calls from unknown numbers that would have otherwise been ignored or blocked.

Here’s a little background on what may someday, become an age-old debate.

Why Voicemail Has Been Dead, Dying, or on the Decline

If you Google, “is voicemail dead” the internet would have you believe that the communication method has been hanging by a thread for the better part of the last decade. Chalk it up to a millennial fear of phone calls, or a full menu of communication channels: you have to admit, there’s a great deal of evidence suggesting voicemail is getting cold in the ground these days.

Blame the millennials or the wide array of tech at our fingertips, but it seems that everyone hates voicemail—for a number of reasons:

Voicemails are a pain for the recipient.

In 2015, Coke called the move a way to cut costs. While JP Morgan said that the service didn’t make sense for those employees who didn’t deal with external customers.

Finally, cultural norms have moved on…after all, the reason that voicemail was big in the past is, the system functions as a fall back. When someone didn’t answer, a voicemail was a surefire way to let the recipient know that you tried to reach them.

With smartphones we all have caller ID. So, you know when someone calls. Text messaging, email, and chat allow the caller to reach out and let you know why they called and if there’s a need to call them back.

It’s also worth pointing out that voicemails have long been a pain for the recipient.

You need to listen carefully and take notes—which can feel like a waste of time. With email, the information is right in front of you, part of a searchable archive.

Related: 30 Business Voicemails Greetings Examples and Tips to Create Your Own

As a Business Tool, Voicemails Have Some Advantages Over Apps and Email

No one wants to receive a message that includes the words “touching base” or “checking in.”

But it’s important that sales professionals consider the format as an asset—a compliment to their existing strategy, rather than an outdated communication method. Many people might say that they don’t use the phone much, preferring text or email. But, there’s also a small, but vocal minority that sees voicemail as a differentiator.

For one, leaving your voice on someone’s phone emphasizes your humanity. If you’re in sales—well, that brings something richer to the mix than say, an email about how your software can generate better leads, fast.

And, if you’re making phone calls anyway, know that the recipient knows. Everyone has caller ID and failing to give a reason for your call comes off as annoying. Especially if you’re making repeated calls to someone you don’t know.

Additionally, voicemail messages can be used as another touchpoint. Consider it as one piece of your outreach strategy by following up with email right after you hang up the phone.

While it might seem like overkill, there’s a benefit to sending an email after leaving a message. The recipient can choose the response channel that works for them. And, doubling down increases the likelihood of a follow-up.

Voicemail is but one way to get your message across.

These days, a salesperson might engage with a prospect across several different touchpoints—going from chat to email to voicemail.

When people try to reach your business, efficient handling of voicemail could be a competitive advantage.

One of the key reasons people have cooled on the concept of voicemail is, emails, text, and chats come with histories. And calls and video chats can be recorded. Voicemails clog the inbox and take things outside of that central information hub we’ve grown to rely on—which again, centers around the inbox.

At Telzio, our goal isn’t to convince you whether voicemail is dead, thriving, or enjoying its zombie phase. Rather, we’d like to present a happy medium: voicemail transcription.

This way, you can read incoming messages inside your inbox—no dial-in or note-taking necessary.

Telzio phone systems are flexible - enabling access to your voice messages from any of your devices - computer, cell phone, or desk phone. Connect your mobile device or simply log into Telzio.com and get started without installing any additional software. With Telzio you can use your business phone number from any location, and create an unlimited number of extensions and voicemail inboxes - for your company and for each of your employees.

Whether you’re all about chat or a voicemail devotee from the old school, 2019 is about bringing together a range communication channels for full visibility.

How to Accept Credit Cards Over the Phone

Learn how to securely take credit card payments over...

Crash course on what an auto attendant is and what...