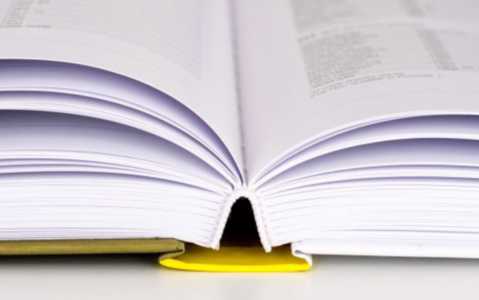 Quick VoIP Terminology from A to Z

VoIP has prompted new users to make the transition from legacy phone systems to utilizing the Web for voice transmissions.

Those who are still on the fence as to whether or not to leave their POT comfort zone might be hesitant to do so, due to all of the new and sometimes confusing jargon and terminology associated with this new technology. To that end, today our blog will provide you with a quick and easy primer to understand the A to Z’s of using Voice over Internet Protocol.

A verbal selection option provided by a recording over the phone. Audio choice menus are common in automated attendant, IVR and fax-on-demand systems. They are prompts for caller input. Audio menus can instruct you to speak commands or press keys on a touch-tone keypad as commands.

An ATA is hardware that converts audio, data and video signals into Internet Protocol (IP) packets that can then be sent over the Internet. It can be used to connect a standard telephone to a high bandwidth line to make voice calls using Voice over Internet Protocol (VoIP).

The last century’s technology used for audio teleconferencing was based on PBX (Private Branch Exchange) conferencing circuits. Over time, conference calls conducted through the PBX became cumbersome. It was found that the voice quality degraded as the number of people on a call increased, and costs were excessive. Today’s VoIP PC-based systems are not only easy to set-up by can operate at minimal costs.

Bandwidth is equated to how much data can be transferred during a given time period. It is the data transfer rate measured in bits per second (Bps). Analog devices’ bandwidth is measured in Hertz (Hz), or cycles per second.

A codec converts the data stream of a segment of software or a hardware device, in order for it to be delivered, received, used, stored or encrypted. They are especially useful for video streaming and video conferencing. Codecs are so called because they both compress or decompress and encode or decode data packets.

Data networks are important for computers, acting as network access points known as nodes, to send and receive data packets across network connections, and for multiple users to access, use, store or encrypt data. Data networks can range in size and complexity, but generally use system controls, data switches, and network links or data connections.

Enhanced 911, or E911 for short, is a voice communication system dedicated to connecting mobile and internet phone users to emergency services.

Voice over Internet Protocol (VoIP) systems use gateways to convert voice calls and fax communications received from a Public Switched Telephone Network (PSTN), so they can be sent as digital packets over an Internet Protocol (IP) network.

An IVR platform uses computer telephony components to translate callers’ touch-tones or voice commands into computer queries after the callers listen to an audio menu. For example: “Please enter your account number using the touch-tones on your telephone.” These queries are then “fetched” by the IVR platform from the host computer. Telzio VoIP system makes it easy to convert IVR menus as a simple auto-attendant or with multiple menu levels to greet and route callers to the right place.

IP is a communications system that uses formats and rules to route data packets or datagrams from one computer to another over the Internet.

An Internet Protocol (IP) address is a fixed or dynamic number ranging from 0.0.0.0 to 255.255.255.255 associated with every internet-enabled device. IP numbers are an essential piece of information for connecting different devices over the internet, for voice and data communications.

Local Area Networks (LANs) connect computers to each other within a group, such as an office, home or school, and use either Ethernet or token ring architecture to transmit data within the private network. LANs offer very fast communication speeds, usually via coaxial, fiber optic or twisted-pair cables.

Messaging refers voice mail, fax-mail, and/or broadcast messaging. A recorded voice message can be stored for later playback either locally or remotely, or a fax can be received and stored before it is re-transmitted to the ultimate recipient. Messages can vary in content and media type—the distinction being that they are recorded or stored for pick up in the future.

A modem (modulator/demodulator) is a device that converts digital signals to analog signals and vice-versa. Modems are used to send data signals (digital) over the telephone network, which is usually analog. A modem modulates binary signals into tones that can be carried over the telephone network. At the other end, the demodulator part of the modem converts the tones to binary code.

A logically grouped unit of data. Packets contain a payload (the information to be transmitted), originator, destination, and synchronization information. The transmission process allows for packets to be sent along the most optimal route to its destination. Packets are constructed on one end of the communication and de-constructed on the receiving end. Routers in the network will store and forward packets based on network delays, errors, and re-transmittal requests from the receiving end.

The world’s combined public circuit-switched telephone networks make up the PSTN. At one time, the PSTN consisted of analog telephone systems, now the PSTN is almost entirely digital, and includes mobile phones in addition to POTs.

A company that provides services to Internet, telephone and mobile phone users. In computing, this can be a telecom that hosts network or storage servers. Internet and Internet Telephony Service Providers (ISPs and ITSPs) respectively offer connection to the Internet and voice communications.

A softphone is a piece of software for desktop, laptop or tablet computers that provides a functional Voice over Internet Protocol (VoIP) telephone service. Softphones receive inputs from a microphone and outputs through the computer’s speakers or a set of headphones. Voice communications are sent and received as data packets over the Internet.

Originated from the Greek for “far sound”, telephony means the process of converting or transmitting voice or other signals over a distance, and then re-converting them to an audible sound at the far end.

UM is a term that refers to integrating different electronic messaging and communications media (e-mail, SMS, fax, voicemail, video messaging, etc.) technologies into a single interface, accessible from a variety of different devices.

On the World Wide Web [WWW], a server dedicated to storing data (such as web pages in HTML format) and distributing it to users. Web browsers are able to download video, text, still images and audio from web pages. Some servers support Unified Messaging [see above.]

Wi-Fi phones provide voice and data communications over the Internet whenever a wireless signal is available. Residential customers with an Internet Service Provider (ISP) can use a Wi-Fi phone as a house phone, and also as a mobile phone usable at the office or at a Wi-Fi hotspot. Wi-Fi phones offer the advantages of free or affordable call rates, and no mobile subscription or bills.

Z is for ZZZ or Snooze. After absorbing all this technical jargon, I’m sure you could use a rest.

Note: Credit for many of these definitions were derived from Telzio, Wikipedia and a VoIP Glossary.