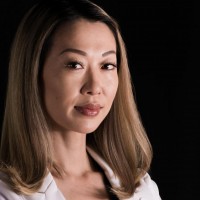 Broken machines, long lines, and false statements from poll workers are some of the reported issues deterring people from attempting to vote in yesterday's election. Driven by civil rights groups, new voter hotlines have sprouted up around the country, with Telzio leading the communication technology behind it. Local and national call center operations around the country were filled with volunteer attorneys fielding calls from voters who didn't know where to vote, why their polling place was closed, whether they were registered, or why the poll worker was telling them they were not registered.

In Florida, voters were told to take a trolley to a voting center, but the trolley had not operated all day. At a poll center in Georgia, every single machine was broken. In parts of Atlanta the average wait time was three hours, and some polls did not have enough ballot cards. In Philadelphia, broken machines caused long lines and people had to walk away before they had the chance to vote. In North Carolina, people were erroneously told they would forfeit their right to vote if they left their place in line, and voters who cast ballots in the primary were told they were placed on inactive voter rolls. (Source: NY Times)

The Election Protection Coalition's national hotline for voter complaints received 23,000 calls yesterday. Telzio worked with two voter protection groups in Michigan and North Carolina who received 2,000 calls and spent 200 hours on the phone with voters on election day. Around the country, volunteer attorneys were ready to initiate emergency litigation to monitor and protect people's right to vote.

How to Set up a Hotline

Organizations around the world use Telzio to operate help hotlines and virtual call centers. Telzio provides toll free numbers, vanity numbers, flexible call routing, text messaging, and much more - all through a modern, easy-to-use web interface that can be managed from anywhere. Contact us to learn more about Telzio sponsorships and phone services by emailing nonprofits@telzio.com, and learn more about some of the hotlines powered by Telzio.

Diana is the Chief Operation Officer at Telzio and enjoys helping customers get the most out of their Telzio services.