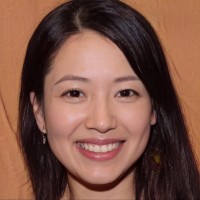 Jennifer is part of the content marketing team at Telzio, providing insight and tips on how Telzio can be used to optimize business communications and customer service.

What is a Rollover Line?

Rollover lines are used with traditional landlines to enable businesses to handle more than one phone call at a time. The concept with rollover lines is that one landline can only handle one call, so any additional calls would rollover to the next line. Rollover lines are basically dummy numbers that are only used for supporting simultaneous calls. A business typically will have one main phone number that is published to customers, and additional rollover numbers that do not need to be published.

Service for rollover lines is also called line-hunting, multi-line hunting, or hunt groups. It means just like what it sounds – an incoming call will hunt for the next open line, until it reaches a busy signal. Hunt groups are offered as a service with PBX systems and enable calls to hunt for specific extensions or phone numbers. With hosted PBX systems, businesses can customize how they want the hunt group to be configured. For example, calls can be directed to a group of employees in a specific order, or by the first to pick up.

Rollover Lines are Unnecessary with a VoIP System

As businesses move their phone systems over to a VoIP platform, numbers that were used as rollover lines are typically cut from the picture because they are no longer needed. Instead of using rollover lines to avoid busy signals, calls can now be placed in a virtual queue with hold music where callers wait for the next available agent. Since the cost is minimal, some businesses like to keep their old rollover numbers in case they want to use them as direct lines later, especially if the phone numbers are in sequence.

With VoIP systems, rollover lines are an included part of the service, because that’s how the technology works. One VoIP number can support unlimited simultaneous calls, which means that when all your employees are on the phone, there is still an unlimited number of callers that can join your queue. That’s when features like “Request Callback” and “Timeout” come in handy. A “Timeout” feature is useful because it limits the caller’s hold time. After X number of minutes, the caller in the queue can automatically be re-directed to another phone number, extension, queue, or voicemail.

Related: 7 Questions to Ask When Buying a New Phone System

A rollover line is an antiquated service offered by traditional phone companies, and explains why your company’s phone bill has a list of phone numbers you don’t recognize. VoIP eliminates this extra service, so you only need to pay for the phone numbers people actually dial to reach your business.

How to Accept Credit Cards Over the Phone

Learn how to securely take credit card payments over...