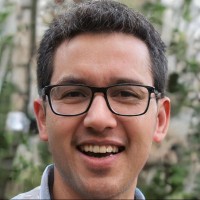 Released just earlier this year, the DP720 is Grandstream’s latest IP telephony product, and the answer to the portable, quality, and budgetary needs of SMBs and SoHos.

Employees working in stores, industrial facilities, and creative spaces use the cordless VoIP phone across offices and warehouses, and despite it’s low cost and light weight, the easy-to-handle phone delivers high-quality, reliable sound.

For every day use, the DP720 has all the features a small business might need, from transferring calls to intercom and paging.

Following my review of the Grandstream DP720, highlighted here are features the DP720 offers when powered by Telzio.

The DP720 cordless phone supports up to 10 SIP accounts. With Telzio, SIP accounts are simply called users. Each employee in the organization with an extension is considered a user.

While traditionally phone companies model their plans based on the number of users a company has, Telzio includes all users and instead only charges for usage needed. Given the various calling needs of different users, most companies drastically reduce their costs with our pay-for-what-you-use model.

That means with this little cordless phone, users can handle calls from up to 10 different lines and support multiple teams, departments, and offices.

Grandstream has proven competitive in delivering high sound quality against larger brands like Cisco and Polycom, and for a cordless phone, the DP720 doesn’t fall short. Grandstream writes:

Full HD audio on both the speakerphone and handset.

The quality over speakerphone is loud and clear, even with several people on the call.

Telzio’s queue feature places callers in line while they hold to be connected to the next available agent, and the DP720 can be set up to receive calls from multiple queues.

Queue names can be customized so when a call to the reservations line comes in, the queue name “Reservations” will appear on the phone’s display. When the user answers, they’ll hear a prompt announcing which queue the call came from and how long the caller has been on hold.

The DP720 has a some useful tools under its call settings. Users can enable and disable the do-not-disturb feature on the DP720 right through the phone’s menu display. If you’re wondering why the phone’s not ringing, check that do-not-disturb is *disabled,*because unfortunately there isn’t a clear icon on the main display indicating when it’s enabled.

Telzio offers a similar function to the do-not-disturb feature for agents taking calls from queues. By pressing *1 on their IP phones, users can opt-out of queues.

Retail stores and industrial facilities commonly use intercom and paging to make public announcements. Telzio’s service turns the DP720 into a PA system, enabling users to make one and two way announcements through the speakerphone of other phones.

To intercom another user with the DP720 or other IP phone, the announcer dials * and the extension of the phone where they want to establish a connection. For example, the user dials *100 to reach the phone associated with the extension 100.

The person on the receiving end doesn’t have to press anything to accept the call, and the announcement will be automatically delivered through the receiver’s speakerphone.

For paging and making one way announcements, the announcer dials *84 to reach all phones, or * and the group extension to reach a group of phones.

With the DP720, users can transfer calls via attended transfer or blind transfer.

Blind transfers on the DP720 are completed as follows:

The DP 720 allows users to stay mobile at companies where employees aren’t always sitting at their desks.

Call park is a feature Telzio provides that enables users to virtually park a call so another user can pick up the call from any phone in the organization.

To park a call, the user dials *40 and hangs up. The person being transferred the call can then pick up any other phone in the company and dial*40 to be connected to that call.

If there’s already a call currently parked at *40, the user can dial *41, and subsequently the person answering can dial *41 from another phone, and so forth.

To use the call flip feature, the user simply transfers the call to their own extension, then answers on their other device.

For example, a user can be on an active call on their desk phone, and flip the call to their cordless phone to continue the conversation when they need to get up from their desk.

The Grandstream DP720 has surprisingly good audio quality for being a cordless phone, demonstrating how drastically the technology for VoIP has improved over the past decade. As a newer player, the Grandstream brand isn’t close to being as widely known as Cisco, but it has taken IP phones into the modern era. What you can get from a Cisco phone, you can get from Grandstream for half the price. The quality is competitive, and the design is simply newer.

How to set up simultaneous ringing and route incoming...